Fire Restoration Starts From the Beginning 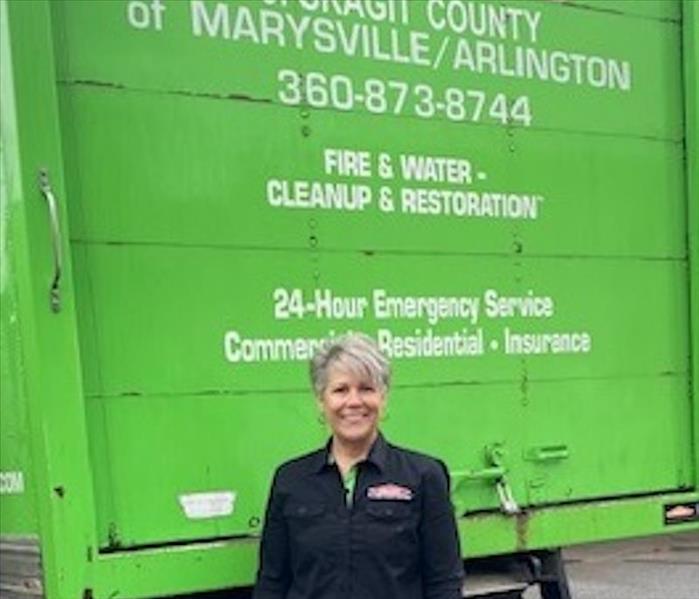 Fire damage in a home can be very stressful. Call the professionals at SERVPRO for the fire restoration services needed for your home.

Marysville, Washington is a small but growing city located about 35 miles north of Seattle. Currently, the city has a population of nearly 70,000 residents, but in 2015 it was rated the fastest growing city in the state.

The city sits on Interstate 5, and the Tulalip Indian Reservation is located just to the west. Views of the 5,300-foot peak of Mount Pilchuck can be seen from various points in the town. The city also lies just north of the Snohomish River Delta.

The region's first settlers were the Snohomish Indian tribe, and they still have a reservation near Marysville today. Then, in 1872, the early Caucasian settlers were James and Maria Comesford that headed west to find a new life. When they first reached the area, the Comesfords lived on the Snohomish Indian Reservation and found work in one of the region's eighteen logging camps that ran the economy back then.

The Comesfords lived on the reservation for six years before they jumped at an opportunity of their lifetime to buy some land. In 1878 four men worked as traders in the timber industry, Louis Thomas, Captain William Renton, Truman Ireland, and John Stafford offered to sell nearly 1,300 acres that they owned. Comesford jumped on the opportunity and ended up purchasing the land for $450.

Once he bought the land, he built a store with a dock and a plank road named "Front Street." He also made living quarters for him and his wife that were attached to his store. After the trading post was built, the community started multiplying. The first year the Comesfords were there, the town grew to the point where some form of education became necessary.

In 1879, Mrs. Comesford decided to fulfill the need for education in the region and started teaching students inside her home. By 1880, the small community grew to the point where it needed a post office. The first post office was built only two years after the Comesfords bought the land, and James Comesford was named the city's first postmaster.

In 1887, the first sawmill opened up for operations in the city, bringing more jobs to the community. During the next several years, the Comesford's trading post strived as the region boomed with all of the area's logging camps. Many settlers arrived by steamboat to work in the town's sawmills and logging camps or buy property to farm.

In 1889, the railroad made it to the city, making it attract many more residents. In 1891, Comesford decided to incorporate the town, and a man named Mark Swinnerton was elected the city's first mayor. During the same year, the community was officially established, the Stimson Logging Company was formed, which brought a large amount of commerce to the region.

Marysville's first city hall was erected in 1901, and the city didn't get its first high school opened until 1906. The next year, the city's high school graduated its first class, and the town's first public library was formed. During the 1920s, Marysville earned the nickname "The Strawberry City" due to the abundance of strawberry farms in the region.

The City Is the Home to Several Parks and Public Lands

The town has a plethora of beautiful parks and scenic areas to visit, including:

Cedarcrest Vista Park: This beautiful neighborhood park is nearly two acres in size, and the amenities include a playground, picnic areas, a climbing wall, and a full-sized basketball court.

Doleshel Park: The city's newest park once was a Christmas tree farm, and the trees were recycled to create this 6.4-acre public land that hosts nature trails, walking paths, and picnic areas.

Bayview Trail: This mile and a quarter trail is paved and offers the chance for hikers, bikers, and skaters to trek through the Bayview-Whiskey Ridge utility corridor.

Comeford Park: This downtown park is named after the city's founders, and it offers residents and visitors a chance to relax and enjoy the sights inside one of its picnic grounds while the kids have fun in the playground.

There Are Several Attractions within the City

Tulalip Casino: The 220,000 square foot casino offers all gambling types, from slot machines to table games. The reservation nearby also offers the Quil Ceda Creek Casino that offers a nightclub experience, and is known by locals as the "Q."

Seattle Premium Outlets: This open-air mall offers high-end retail stores and is home to over 100 vendors.

SERVPRO Can Help with Even the Smallest Fires

When most think of structural fires, they imagine blazes that torch most of their home. However, much of the time, when flames ignite inside a house, they stay small and do not burn an excessive amount of building materials. But, smoke can flow throughout any structure, even from the smallest fire.

Smoke can create problems such as soot residues or be the source of foul odors. Our SERVPRO technicians can take the following steps in mitigating issues created by smoke:

Removing Burnt Debris: Any building materials or contents that do get burnt can be removed to no longer be a source of the unpleasant aroma.

Cleaning and Removing Soot Residues: Our SERVPRO team can use a combination of dry cleaning and wet chemical cleaning methods depending on the type of affected surfaces.

Structural Deodorization: If burnt smells still exist after we remove burnt debris and clean soot residues, then we can take a step to deodorize, such as using a UL or thermal fogger or an ozone generator.

SERVPRO of Marysville/Arlington is always available to assist you when dealing with fire damage at your home. You can call us at (360) 658-0506 anytime because We're Faster To Any Size Disaster.